Our website uses cookies to help provide you with the best experience we can. Cookies are small text files that are placed on your computer or mobile phone when you browse websites.
Click here for more information about how we use cookies.

A Welcome from the Executive Principal

Welcome to St Joseph’s Catholic College. When speaking to prospective parents I usually start with the question what do we want for our children? Our answer in St Joseph’s is that we want them to be happy and we want them to achieve to their full potential. Our aim is to provide a caring and supportive environment in which each individual can progress academically, spiritually and culturally.

Dates for your Diary

Her Majesty's, Inspectors visited St Joseph’s Catholic College on 9th January 2018. In their letter to the Principal the inspectors stated:

"This school continues to be good”

In the inspection findings Ofsted noted “Strong leadership has led to improvements in teaching and learning in different areas of the school. This, in turn, has led to sustained strong achievement in subjects such as mathematics, English, religious education and languages since the previous inspection. In different year groups and subjects, pupils apply themselves to their studies. They behave well and share positive relationships with staff. This is because leaders have created an orderly school environment, underpinned by the Catholic faith that forms a key part of the school’s identity. This is a school where pupils respect others and, in large part, work harmoniously with each other in a purposeful way. “

As well as visiting lessons the team talked with a range of students whom they selected and looked at a range of exercise books.  They found “As a result of good teaching, pupils, including those of middle ability, learn well in most of their subjects. The work in pupils’ books shows that most teachers have high expectations of what they can achieve. The majority of pupils take pride in their work and present it to a high standard. Pupils of different abilities are set challenging tasks which enable them to acquire skills and knowledge appropriate for their ages”.

Safeguarding was judged as effective." Pupils who spoke with inspectors reported that they feel safe in school. One reason for this is that they feel open and comfortable speaking to staff should they have any worries. They are highly positive about the pastoral support they receive. The school’s culture promotes this openness”.

"I am delighted that the college has once again been recognised as good.  This report reflects the hard work done by so many people and is a credit to all those individuals who work tirelessly to support our students. It is important that the Ofsted report agrees with our own self- evaluation of the college. We were very open about our strengths and weaknesses, this self-awareness is crucial for a good judgement because it shows we are not complacent about what we want to improve" 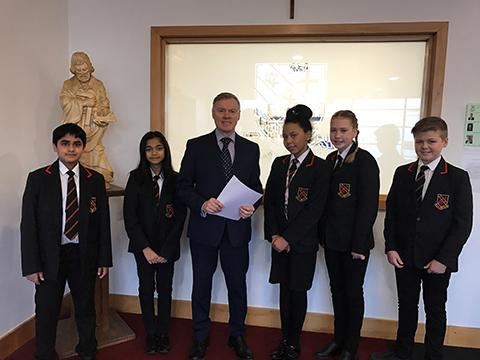 In December, 7P and 7U visited the Richard Jefferies Museum as part of their English work.  They learnt about the author Richard Jefferies and how he used features of the landscape around him to inspire him and to create a setting for his stories.  During the visit, pupils learnt about artefacts in the house and explored the gardens. They looked around Coate Water to identify key sites used in Richards Jefferies’ books and then finished the day warming up around a campfire, telling stories and eating biscuits!

Here is what some of our students had to say about the trip.

The College is now open as of Monday 8th March.

Claiming for free school meals (FSM) means that the College can also get up to £900 of additional funding per child for uniform, equipment and educational trips, all items your child will benefit from. Our card payment system also makes being on FSM discrete and anonymous. We are all living through challenging times financially so if you think your circumstances make your child eligible for FSM please apply using the form below or call 01793 714200.