Our website uses cookies to help provide you with the best experience we can. Cookies are small text files that are placed on your computer or mobile phone when you browse websites.
Click here for more information about how we use cookies.

A Welcome from the Executive Principal

Welcome to St Joseph’s Catholic College. When speaking to prospective parents I usually start with the question what do we want for our children? Our answer in St Joseph’s is that we want them to be happy and we want them to achieve to their full potential. Our aim is to provide a caring and supportive environment in which each individual can progress academically, spiritually and culturally.

Dates for your Diary

On Tuesday 14 May, a Mass was celebrated at St. Joseph's Catholic College to commemorate sixty years of secondary Catholic education in Swindon.

The Mayor of Swindon and Directors of Education from both Swindon and Clifton Diocese also attended. Many former staff and governors attended the Mass and the college singers were in splendid voice.

The Executive Principal, Mr Hughes, spoke about the importance of remembering the contribution made by so many over the years to Catholic education in the town. He also remarked on how proud he was of all the staff and students who had contributed to the celebration on the evening.

Thank you to all those who attended, we hope you had a great evening. 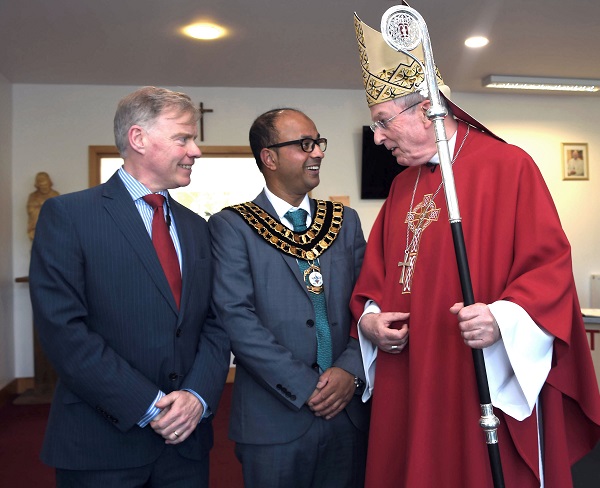 The college is open as usual.

Claiming for free school meals (FSM) means that the College can also get up to £900 of additional funding per child for uniform, equipment and educational trips, all items your child will benefit from. Our card payment system also makes being on FSM discrete and anonymous. We are all living through challenging times financially so if you think your circumstances make your child eligible for FSM please apply using the form below or call 01793 714200.